On May 6, Scotland goes to the polls to elect 129 MSPs to a new parliament, our sixth since the parliament was re-established in 1999.

The Edinburgh area is crucial to our hopes of lifting our number of MSPs from five at present, putting recovery first and ending the SNP’s unhealthy dominance of Scottish politics.

Making best use of your votes

Each voter has two votes. The first – on the lilac-coloured ballot paper - is for your constituency MSP, elected by the ‘first past the post’ system used in Westminster elections. The second – on the peach paper – is for the regional list, a form of proportional representation .

To vote, you must be registered – if you aren’t there is still time: the deadline for the parliamentary elections is April 19. If you are already registered but would like a postal vote the deadline is April 6. Find out more here.

There are nine constituencies in Lothian, of which six are in Edinburgh.  In the present parliament, Edinburgh Western is represented by Lib Dem Alex Cole-Hamilton.  We have every hope that as a hardworking and popular MSP Alex will be re-elected. 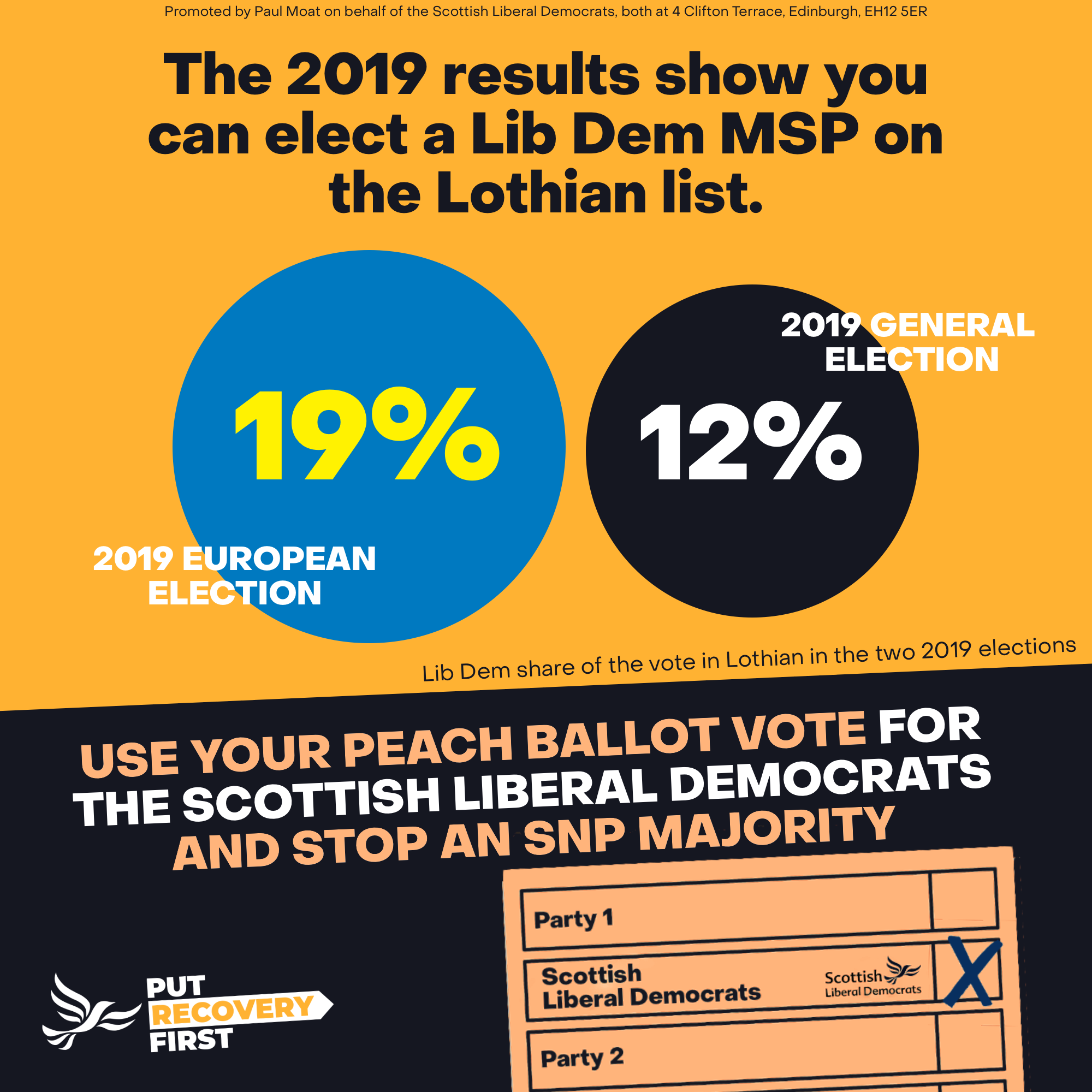 Since the last Scottish Parliament elections in 2016 support for the Liberal Democrats has grown across Lothian. In the European elections in May 2019 the Liberal Democrats came second to the SNP across the region, ahead of Labour, the Greens and the Conservatives.  In the UK’s 2019 general election, we were the only pro-UK political party to increase our support in Scotland.

A strong vote for the Liberal Democrats across Lothian will see the party gain a list seat.  If, as we hope, Alex Cole-Hamilton is re-elected in Edinburgh Western then our No.2 candidate on the Lothian list, former city councillor and human rights lawyer Fred Mackintosh would become your Lothian Lib Dem list MSP.