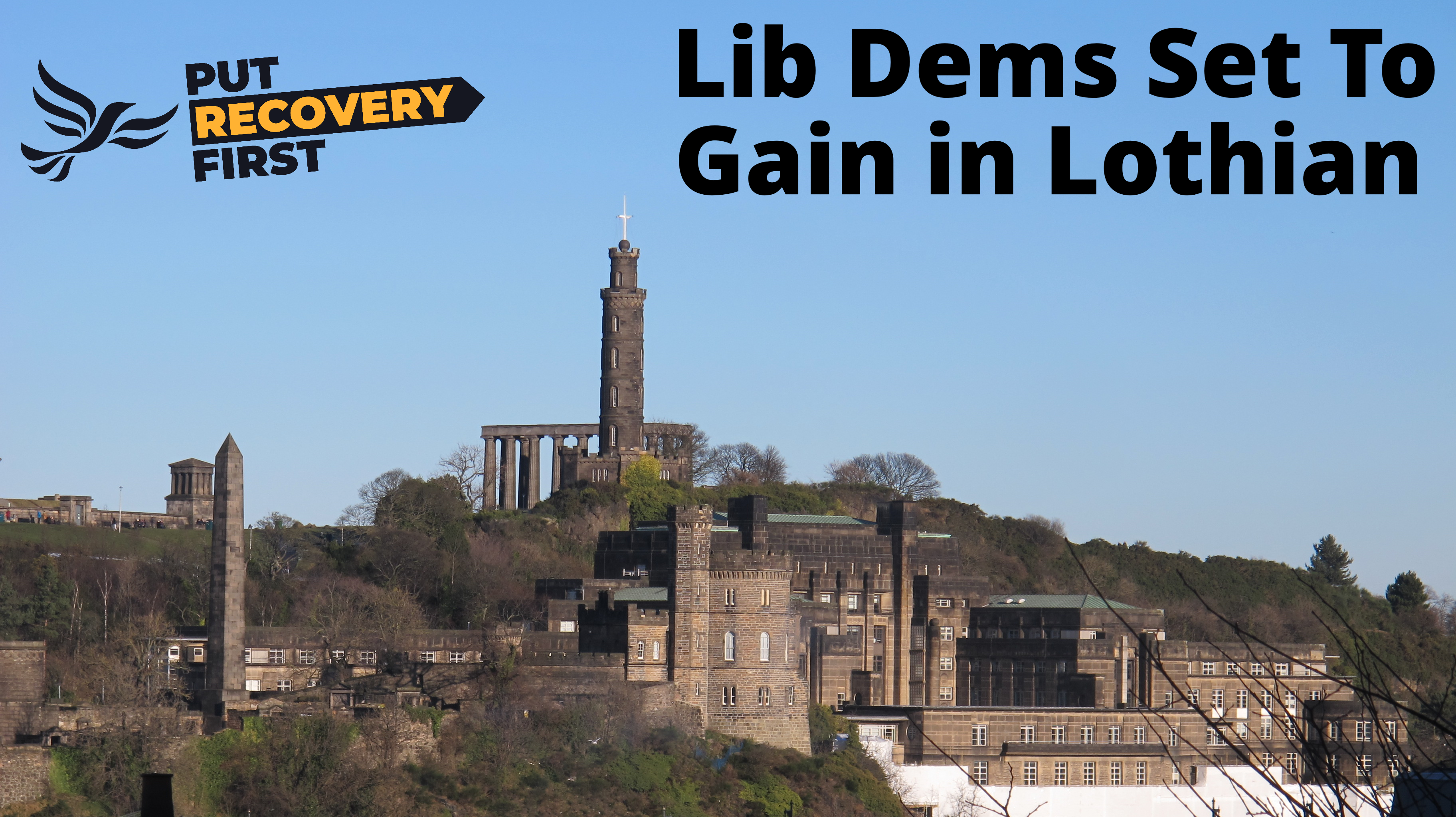 The Lib Dems are urging voters to Put Recovery First at this Thursday’s elections and use their peach ballot to send another Lib Dem to Holyrood on the Lothian list.

Just over 10% of the list vote in Lothian would elect a Lib Dem list MSP. This is well within the party’s reach based on the 2019 results: in Lothian, we won 19% of the vote in the European elections and 12% in the UK general election.

Scottish voters have two votes – one for a constituency MSP (the pink ballot) and the second for a regional list MSP (the peach ballot). The regional list is a form of proportional representation, meaning every vote counts.

Lib Dem gains could be crucial in changing the balance of the next parliament and ending the SNP’s unhealthy dominance of Scottish politics and its obsession with independence. We are determined to put recovery first, address the climate crisis, get Scottish education back on track and increase investment in mental health.

“The Liberal Democrats have gained seats in the last four elections in Scotland. We are the only party that can say that,” said Fred Mackintosh, Lib Dem Edinburgh Southern and Lothian list candidate.

“The gains that Liberal Democrats make next Thursday in Lothian and elsewhere will change the balance of the parliament, take the referendum off the table for five years and put the recovery first.”

“Leading pollster Sir John Curtice has said that even small changes in the next few days can change the outcome of the election. A vote for the Liberal Democrats will help build a parliament that puts recovery first.”

Last autumn we gained a council seat in Perth from the SNP, even though the constituency had been considered just a battle between the SNP and Conservatives.

“We are on track to win in Lothian,” said Fred. “Use your peach ballot to elect a Lib Dem MSP who will stand up for Edinburgh and Lothian in the new parliament.”

The Liberal Democrats are dedicating our resources to supporting communities through the Coronavirus outbreak.