Cluny Centre application for change of use

Planning applications for change of use at the Cluny Centre have been made to allow it to be used as a conference and wedding venue, in addition to a nursery.  The change is to add Class 11 for assembly and leisure uses.

Have your say on local Road & Pavement improvements

South Centra£ Decides is an opportunity for local people to have a say on how budgets are allocated in their local area.  The selection process is now underway for the 2017/18 local road and pavement improvement proposals, which were put forward by local people and community groups as part of the Neighbourhood Environment Programme.

Local bus service improvements were a big part of Neil Ross’s campaign to become one of Morningside’s City Councillors back in May.

In April the Council’s Planning Committee decided to refuse the application to convert the school into residential accommodation as the proposed new residential block would have an adverse impact on the setting of the listed building and of the townscape of the wider area.

The Council has refused plans for a block of 11 flats on the site of the former public toilets on Canaan Lane saying the design would damage the character and appearance of the area with regard to height, scale, density and materials and would overshadow neighbouring properties. 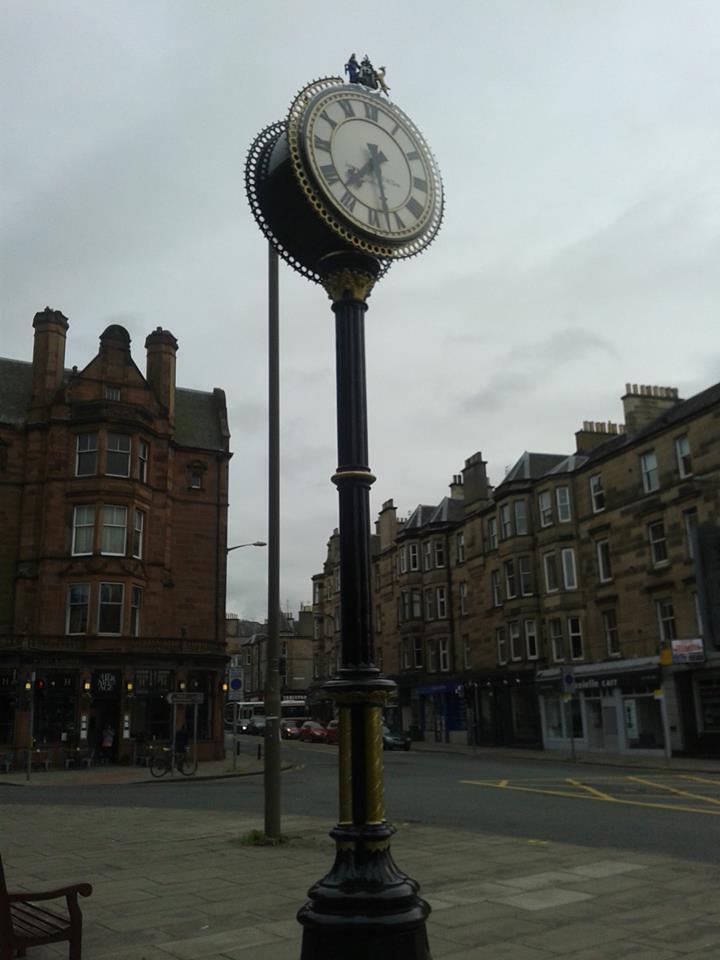 The clock was taken away to be overhauled and refurbished and has now been returned to its rightful place at the heart of our community.

It was originally presented to the people of Morningside in 1910 by three local councillors Robert Kirk Inches, William Inman and William Hudspith Torrance.  The clock was made by James Ritchie & Son Edinburgh and is still maintained by them.  They also made and maintain the floral clock in West Princes Street Gardens.

The extension of the 36 bus route to the Gyle Centre via Craiglockhart, Longstone, Edinburgh Park and Hermiston Gait is proving popular with residents of Bruntsfield and Morningside.

In the local elections on 4 May, local Lib Dem Neil Ross was elected as one of the four councillors for Morningside Ward.After campaigning for months on local issues and achieving success on the 15 and 36 buses, Neil received 2,039 first preference votes on 4 May and, after second and third preference votes were transferred, was elected at stage 5 of the count with a total of 3,477 votes.

Improvements to the services on the Number 15 and 36 bus routes are as a direct result of campaigns run by local Lib Dem candidate Neil Ross and requests from local residents.

The City Council is carrying out a public consultation on proposals to improve road safety on Braid Road.  Several local people have been in contact with me to express their concerns over the potential for accidents resulting from the difficulty of crossing Braid Road safely at the Braid Hills Road crossroads, speeding in the section of the road between Mortonhall Golf Club and the Hermitage Drive crossroads and issues of access and congestion on Braidburn Terrace and Comiston Place