Liberal Democrats launch manifesto with promise to 'stand up for Edinburgh' 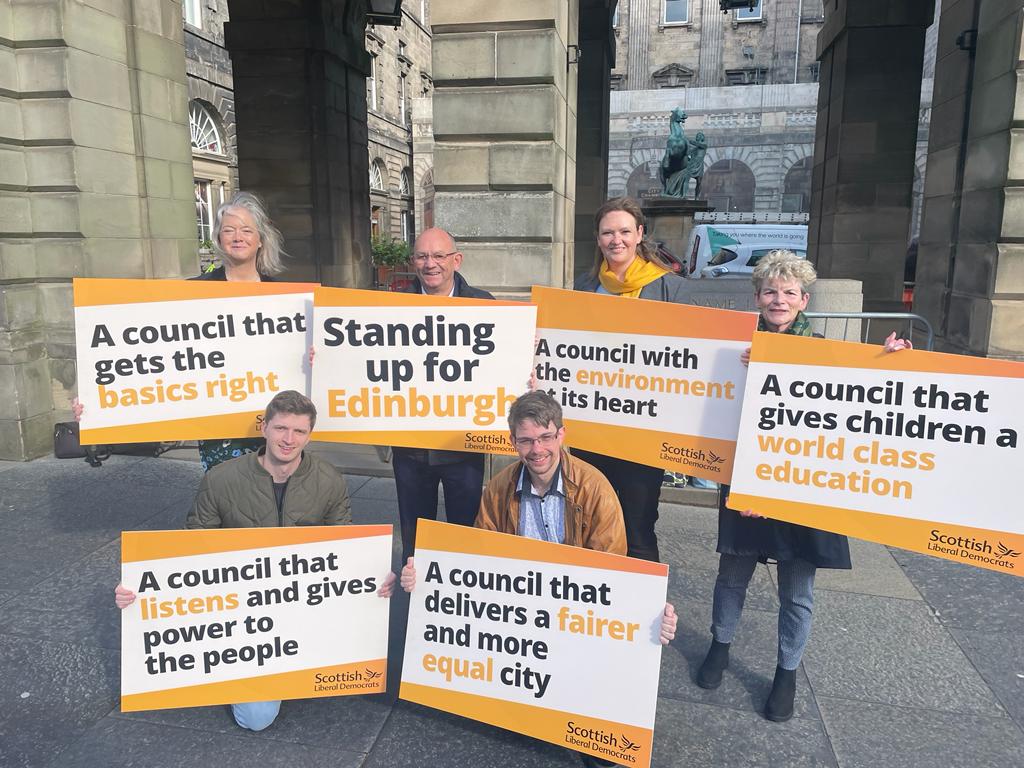 Education, the environment, and a pledge to improve basic council services all sit at the heart of the Liberal Democrat manifesto for the upcoming Edinburgh Council elections.

At the 2017 election, the Liberal Democrats tripled their number of councillors in the Scottish Capital. There is growing confidence in the party of further gains this year, with the party fielding more candidates than the Conservatives, Labour, and Green parties.

The party is also promising an end to the current ‘we know best’ attitude of the ruling SNP and Labour coalition, with powers devolved to local communities and genuine consultation on big decisions.

Liberal Democrats are further pledging to fight for significant improved funding from the Scottish Government after years of savage cuts.

Speaking at the launch of the manifesto, the leader of the Liberal Democrats on Edinburgh Council, Cllr Robert Aldridge said,

“In too many areas, Edinburgh is not working as it should. Too many people don’t have a safe place to call home. Getting around the city is not as easy as it should be. The quality of your child’s education too often depends on where you live. Recycling rates are falling, our roads and pavements are crumbling, and our streets are dirtier and more littered than before.

“Liberal Democrats believe the people of this city deserve better. With more Liberal Democrats elected to Edinburgh Council, we can get the new approach and the fresh start our city desperately needs”.

Having issues displaying the PDF embedded above? Download the manifesto.