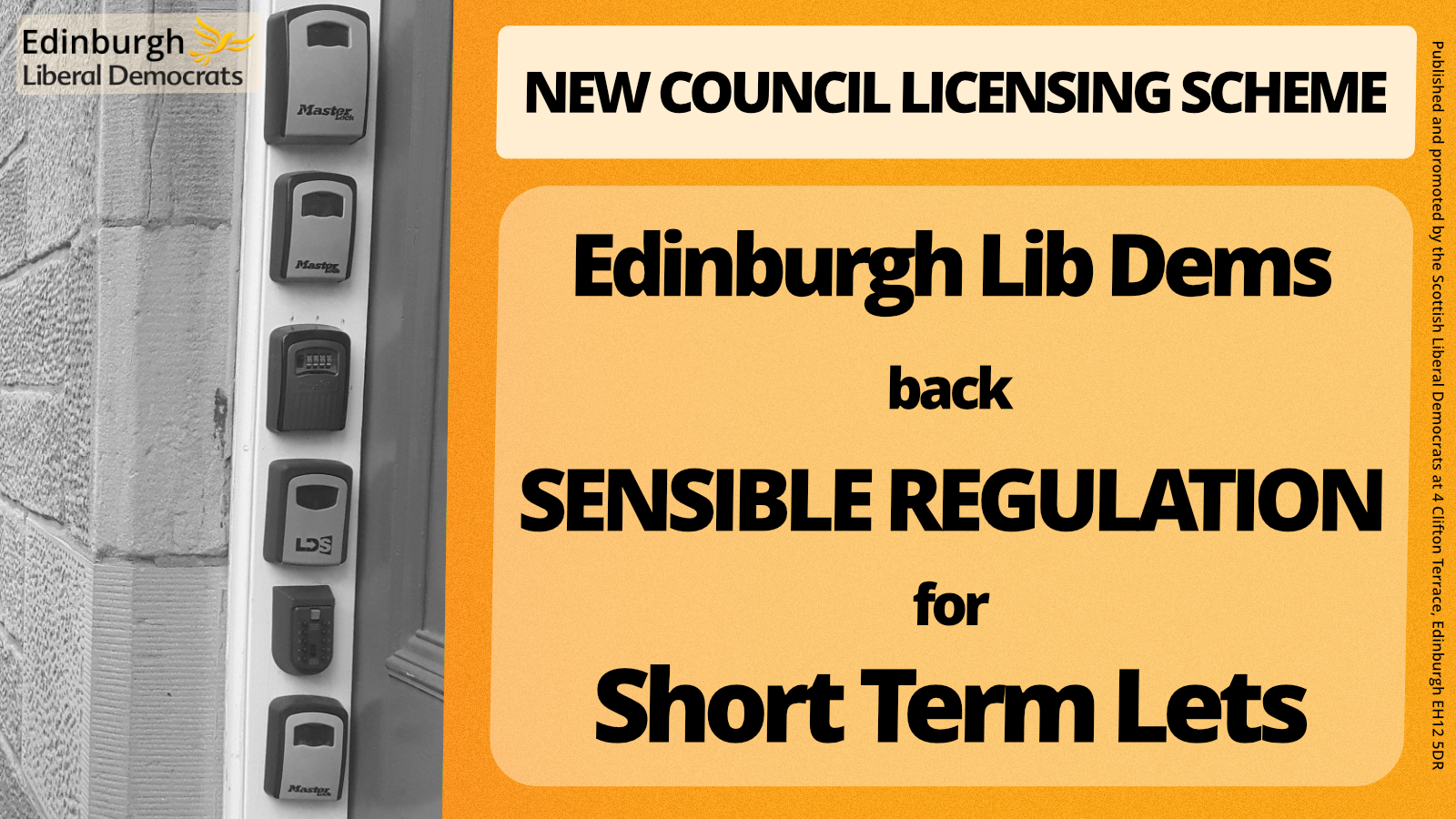 Lib Dem Councillors in Edinburgh today backed a ‘sensible’ licensing policy on both existing and new Short Term Lets across Edinburgh at the Council’s Regulatory Committee.

Regulatory Committee Convenor and Councillor for Morningside ward, Neil Ross, said “Lib Dems welcome this licensing policy, having campaigned for many years for the regulation of short term lets in response to complaints from local residents“.

The new licensing scheme gives oversight and conditions to resolve challenges arising from Short Term Lets in standalone properties and recognises the issues residents have raised in communal stairwells, and as such contains a presumption against the licensing of ‘Secondary Letting’ (or ‘unmanned lets’) of whole flats in tenements or high-rises.

Leith Walk ward Councillor and Regulatory Committee member, Jack Caldwell, said “As well as giving better oversight over ‘main-door’ properties, the new regulations give tenants in stairwells the liberty and peace of mind to live long term in their homes without competing against businesses for amenity”.

The new Short Term Let licensing policy can be read online at edinburgh.gov.uk and goes live on October 1st.