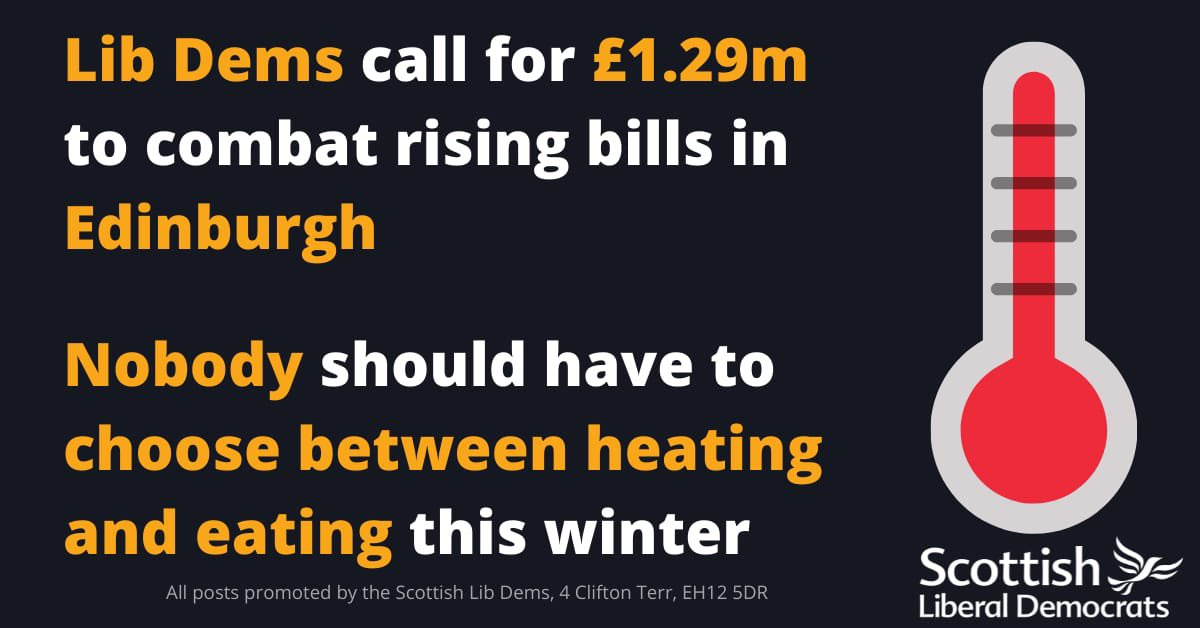 The measure would prevent people being forced to choose between eating and heating this winter.

The call comes amid fears that residents, particularly pensioners on low incomes, could be at risk from the energy crisis this winter.

The Warm Home Discount, funded by energy firms, is due to give people £140 off their electricity bill this winter. It is available to those who receive the ‘Guarantee Credit’ element of pension credit as well as some people on low incomes.

The Liberal Democrats are calling on the UK Government to take on the cost of the Warm Home Discount and immediately double its value to £280, helping pensioners cope with soaring bills this winter.

In Orkney, where Ed Davey is visiting today, help would increase from £56,700 to £135,240. Within Scotland, Orkney continues to have some of the highest fuel poverty rates. Around a third of households are in fuel poverty, and more than 1 in 5 are in extreme fuel poverty (spending more than 20% of their income on heating).

“The Conservatives are pushing the most vulnerable pensioners and families into a cost of living crisis. We are seeing a double whammy of rising bills and the slashing of vital support.

“Nobody should have to choose between heating and eating this winter. We simply cannot allow those who are already struggling to bear the brunt of this government’s terrible mistakes.

“Scottish Liberal Democrats are calling for an extra £22 million pounds to help people across Scotland cope with soaring bills this winter.”

“If Boris Johnson has any interest in offering the most vulnerable in society a fair deal, he will listen to this Liberal Democrat proposal to double and extend the Warm Home Discount to the people who really need help.

"Scotland has some of the least energy efficient buildings in Europe, and rural areas typically have it the worst.

"With energy prices increasing this winter, this is set to get even worse."