The newly approved N1 parking zones in the respective Leith and Pilrig Conservation Areas will be given consdieration in regards to new signage and furniture.

After asking a series of questions to Labour Transport Convenor Cllr. Arthur at today's Edinburgh Council meeting, Cllr. Caldwell has secured a commitment that the newly approved Parking Zones will utilise existing street furniture as much as possible & not bombard pavements wwith obstacles and new furniture. The full motion text is below. Cllr. Caldwell will be joining residents in following up on the implementation. 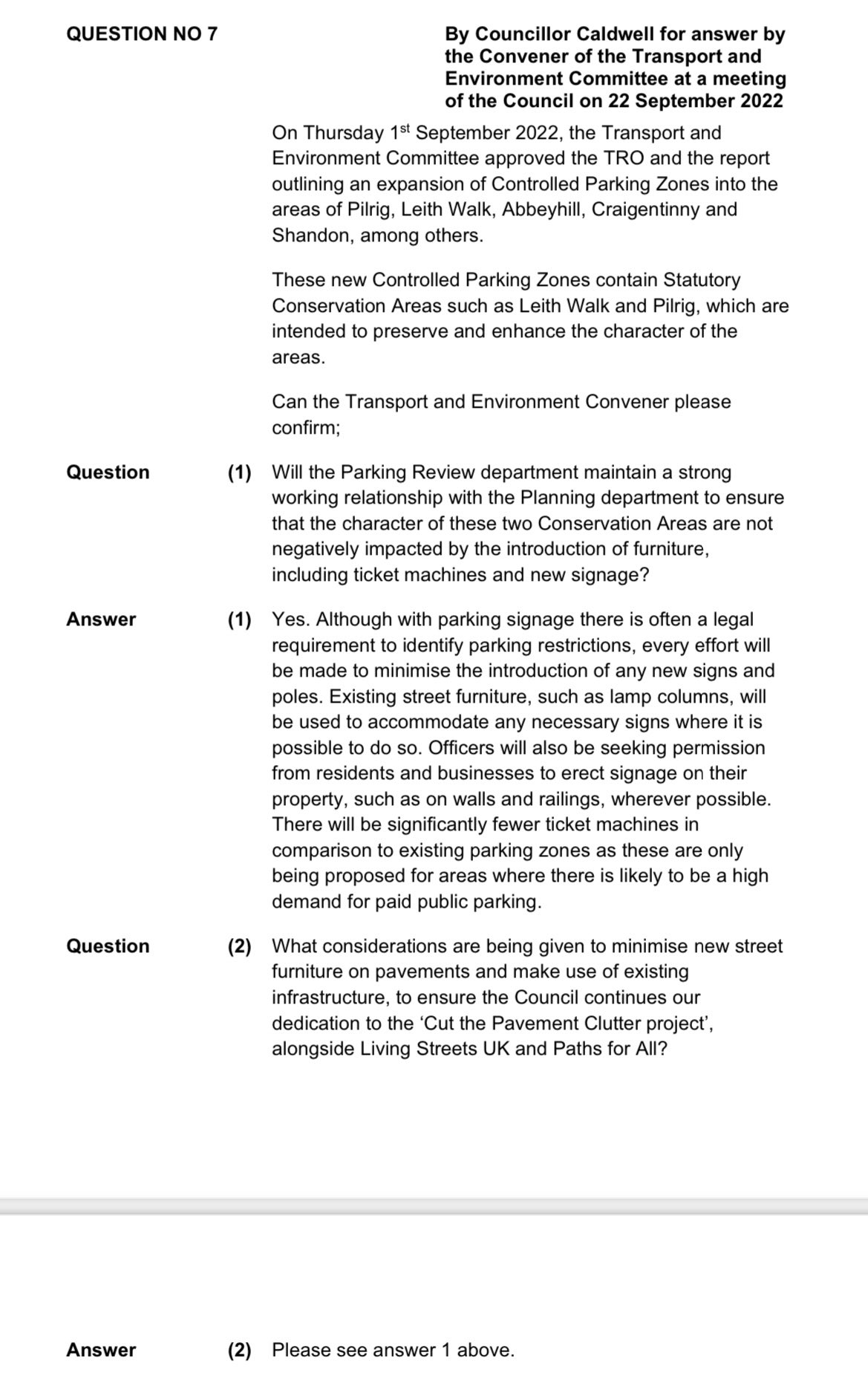