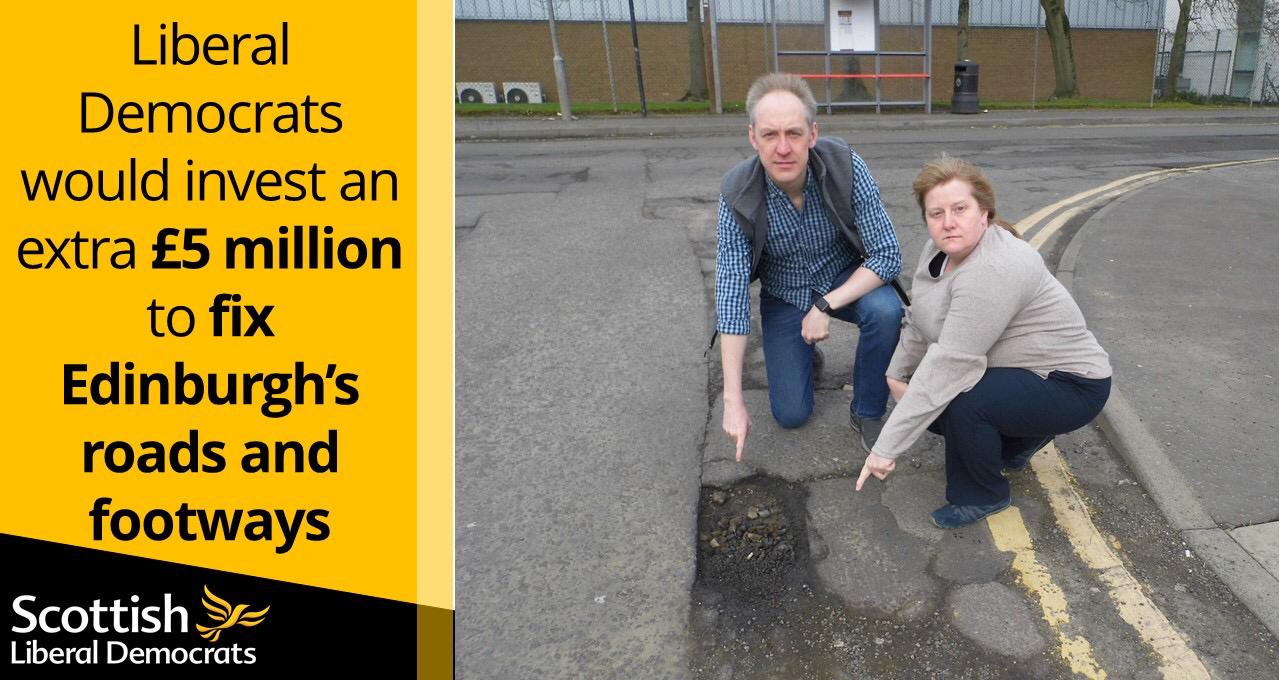 Residents regularly tell Liberal Democrats across the city that Edinburgh’s roads and pavements are their number one spending priority.  That’s why our councillors included an additional £5m for roads and pavements in our 2020/21 Council budget proposals.

Edinburgh’s Roads Condition Index score is 33.5.  This means that one third of the city’s roads are in need of resurfacing treatments.

Road conditions are categorised using a red, amber, green system, with red for the worst condition and green for satisfactory condition.  Over recent years, the Council has chosen to spend more money on the amber condition roads rather than red.  As a result, this two tier approach is leaving many roads and pavements in a dreadful condition for longer with numerous potholes and broken surfaces representing a real hazard to motorists, cyclists and pedestrians.

That’s why we proposed a substantial boost to spending on roads and pavements in our budget compared to the SNP/Labour budget.  You can read our council group's budget motion here.