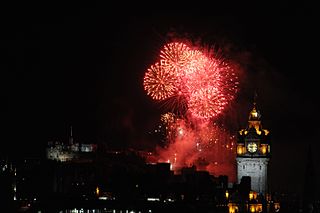 Edinburgh councillors have unanimously backed a Liberal Democrat motion in favour of further restrictions on the sale and use of fireworks to in a bid to tackle the ‘misery’ being created in Edinburgh communities by firework misuse.

Cllr Kevin Lang tabled a motion calling for this month’s meeting of Edinburgh Council to back tougher laws to control firework misuse.

Scottish Fire and Rescue reported over 1,000 calls on this year’s Guy Fawkes night whilst 12 crews were reportedly attacked whilst attending call-outs. Cars were torched by fireworks in Muirhouse and Granton whilst young boys were seriously injured after a discarded box of fireworks exploded in Saughton Park.

94% of respondents to a 2019 Scottish Government consultation agreed there should be more control over the sale of fireworks. 92% were in favour of greater control on the use of fireworks.

Cllr Kevin Lang said, “The vast majority of people use fireworks sensibly and responsibly. However, the persistent misuse of fireworks by a minority has continued to cause misery in certain communities, including Muirhouse in my ward.

“Just this month, we saw serious incidents, damage to vehicles and injuries to innocent people. As always, we owe a huge amount to those working in our emergency services, many of whom put themselves in danger with fireworks being hurled at them as they carried out their jobs.

“It is why we urgently need tougher restrictions on the sale and use of fireworks, including no firework zones and limits on the days and times they can be used. Whilst the powers to deliver these changes rests with the Scottish and U.K. Governments, I am pleased to have got cross party consensus on Edinburgh Council in calling for change”.

The image above is used under a Creative Commons Attribution-ShareAlike 3.0 Unported. Details of the image can be found here.