The Liberal Democrats proposed our own balanced budget, which can be found here.

Lib Dem priorities were to support those hit hardest by the pandemic, fix our broken paths, pavements and roads, and invest in our parks and green spaces. 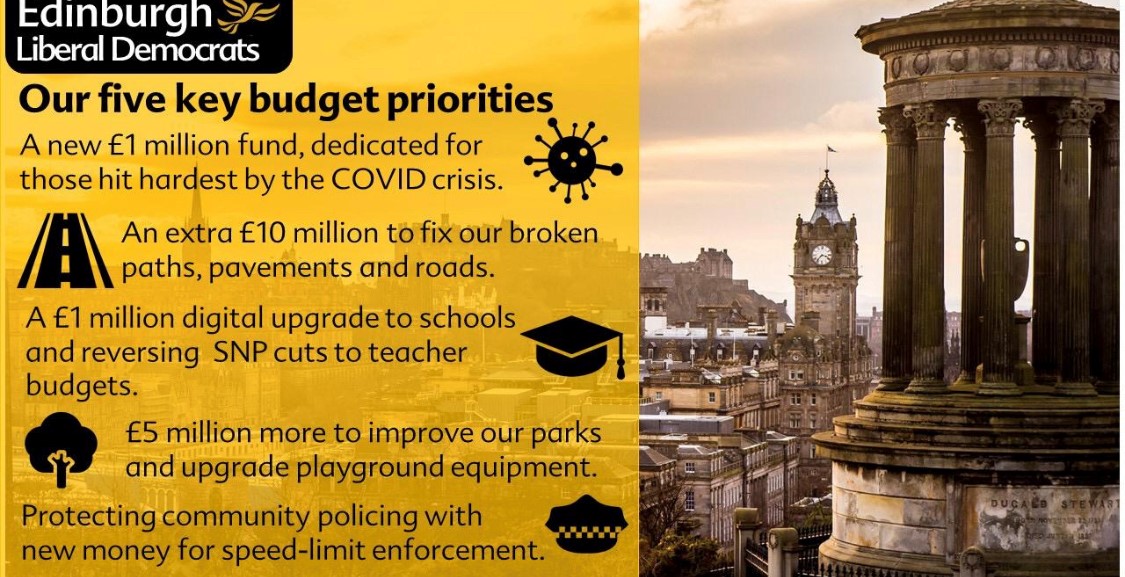 In the budget debate, local councillor Gillian Gloyer praised the voluntary community groups who have played such an essential role in getting the city through the last twelve months.

Gillian said: “Our budget included £2 million to invest in the fabric of our community centres, including the Corstorphine Community Centre; £100,000 for neighbourhood environmental initiatives and a new fund of over £280,000, which community groups across the city could apply to for local projects that would help their own neighbourhoods. Unfortunately, the Liberal Democrat proposal was defeated.”

The SNP/Labour budget was passed and included cuts to school funding, community policing, and an increase in the garden tax.