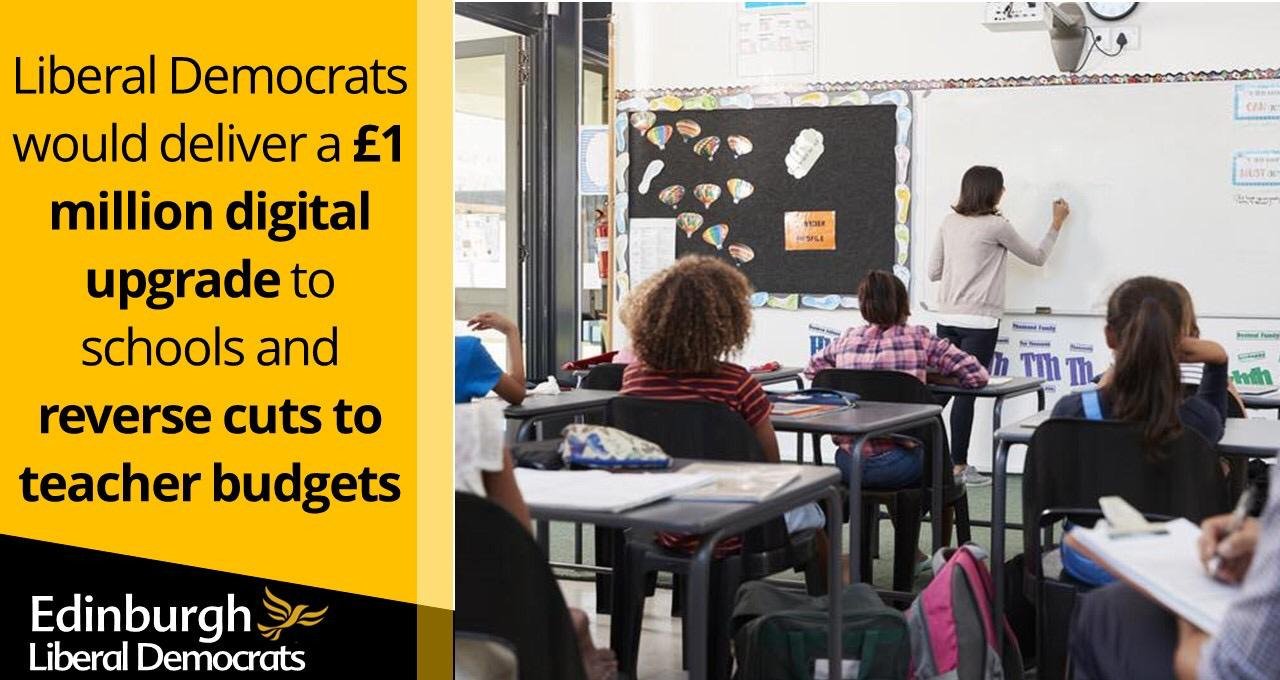 Thanks to the SNP/Labour coalition that runs that runs our city, from April Edinburgh Schools will be hit hard by cuts to devolved school budgets whilst pavements, cycleways and roads continue to deteriorate.

In the debate on Thursday 18 February Liberal Democrat Councillors proposed a Budget that improves parks, pavements and school budgets and puts recovery first.

While the SNP/Labour coalition are implementing cuts, Lib Dems propose

Here is a full breakdown of our proposals vs. the coalition’s ‘business as usual’ proposal; 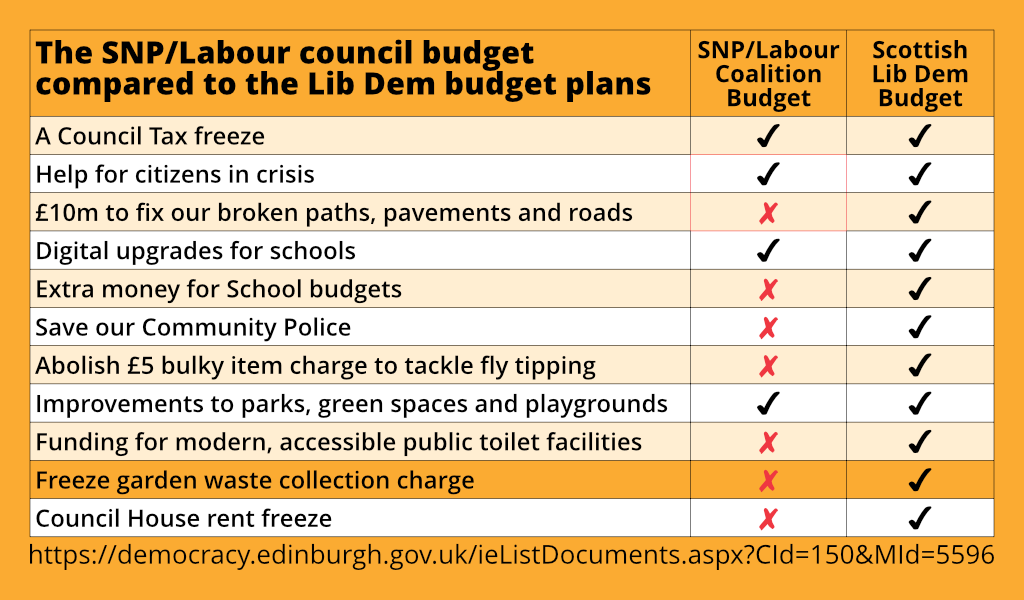 “The Council budget is important because it's the blueprint for all of Edinburgh's local services, from schools to recycling facilities"

"The Edinburgh Liberal Democrats have proposed a budget that would help the hardest hit from the Covid-19 pandemic, as well as improve basic services such as fixing our broken paths, pavements and roads, improving our parks and green spaces and boosting school budgets.

"It's important that we put recovery first."

Our full budget motion is available on edinburgh.gov.uk