Brexit is bad, Independence would be much worse 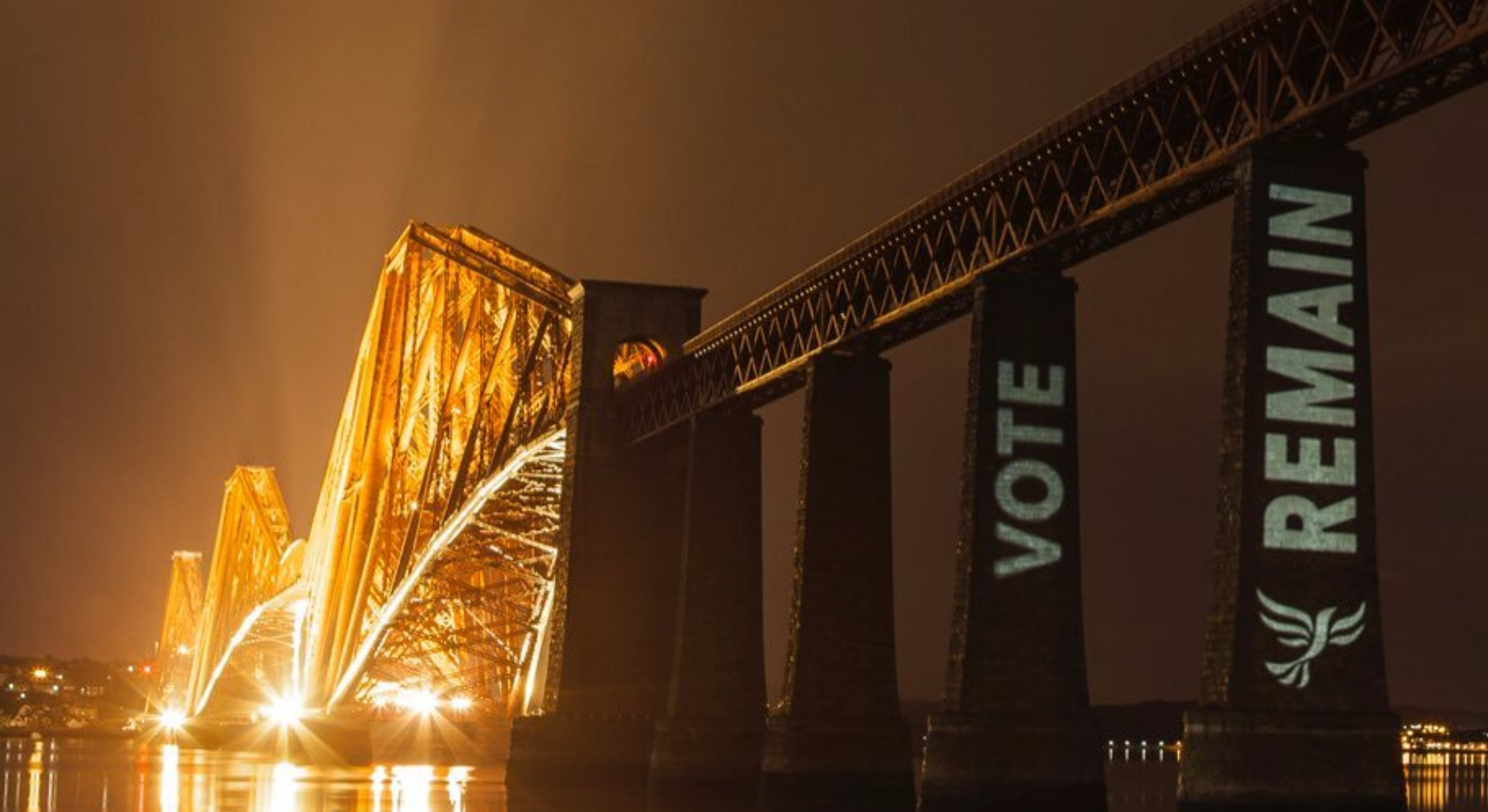 As Liberal Democrats, we opposed Brexit with all our hearts. Unlike the SNP, which famously spent less money on the 2016 EU Referendum campaign than the Glenrothes by-election, the Lib Dems have always been a firmly pro-EU party. At the same time, we believe that more unites the people of Scotland, England, Wales and Northern Ireland than divides us.

We said ‘Bollocks to Brexit’ and in 2019 elected the Europe’s largest contingent of liberal MEPS to the European Parliament. In March this year, we confirmed our support for the UK re-joining the EU in the longer term; Layla Moran MP, our foreign affairs spokesperson, sets out our policy here.

There are no shortcuts

The road to re-join the EU will be hard. The SNP and the Greens claim that leaving the UK would be a painless way back into the EU for Scotland. This ignores real problems.

In their long campaign to force the UK out of the EU, the Brexiteers had many tricks.  They ignored difficult facts, they created ‘facts’ to bolster their arguments and they didn’t care about the impact of their policies on the people they fooled. Just look at the fishing communities devastated by the impact of hard border controls on their exports to the EU (see here).

Anyone thinking of signing up to the idea of a separate Scotland joining the EU must consider two key issues: the border and the currency. These are exactly the sort of issues that Brexiteers wanted to ignore.

Leaving the European Single Market and Customs Union has decimated UK exports to the EU (see here). Those of us who campaigned against Brexit are not surprised: we warned that a hard EU border would make trade in goods, movement of people and capital, and supply of services much more difficult. We were told it was ‘project fear’ - it wasn’t.

If an independent Scotland joined the EU, the EU’s external border would lie between Scotland and England. The example of Northern Ireland is just over the North Channel. We must not forget it. The Tories and the DUP denied an EU border would mean paperwork and delays (see here in the Guardian). We can now see just how wrong they were.

There would be a hard border from Solway to Tweed.  The deep economic and trading connections between Scotland and England dating back 300 years are much stronger than those with the EU. A hard border would be immensely harmful to the Scottish economy and would take decades to rebalance.

The same economists at the London School of Economics who wrote papers for the SNP on the impact of Brexit on Scotland have prepared a paper showing that Independence would hit Scottish economy’s two to three times harder than Brexit. Scotland’s income per capita would fall by between 6.3 per cent and 8.7 per cent in the long run, it finds. Any nationalist urging us to ignore the economic fallout of independence is using the same dark tactics as Nigel Farage and the Tories. Facts matter and so does the economy.

What currency would an independent Scotland use? Just like the Brexiteers, the SNP likes to suggest that nothing would really change after separation. SNP policy is to retain Sterling even though that would probably mean most of Scotland’s financial services jobs moving south.

If Scotland voted to leave the UK and then decided to apply to join the EU, it would need to meet accession criteria. We were a member of the EU for nearly 50 years (as part of the UK) so most criteria would be relatively easy to meet, but one set of rules stands out: economic and monetary policy. Scotland would need its own currency - we could not ‘keep the pound’ and join the EU. Just look at how Montenegro’s accession has been held up: it does not have its own currency (it uses the Euro) and so cannot meet this requirement.

It therefore seems likely that an independent Scotland would have to create its own currency in order to join the EU. Given the size of our current public sector deficit, a new currency could quickly lose value against the Pound and leave those with pensions, mortgages and other loans from banks in the rest of the UK much worse off.

Over the past three decades the Scottish Liberal Democrats have successfully helped deliver devolution and home rule for Scotland within the UK. The Scottish Parliament has substantial powers. Those powers should be used to address the problems our country faces now.

Politics is about choosing what to spend time, money and effort on. Choosing to focus on independence means that other issues are, inevitably, neglected. This is a real issue in SNP-run Scotland. Educational standards have slipped: Scottish schools have declined in international rankings, college places have been slashed and the Scottish Government has failed to meet its own targets for the provision of nursery places.

Another referendum and potentially the creation of a new state would suck attention and money from almost every other problem we face. Whether you’re a parent with a child at school, a patient waiting for surgery or a homeless person in need of a roof over your head, you don’t have the luxury of yet more constitutional wrangling.

The long road is the only road. Like it or not, by far Scotland’s best way back to the EU is as part of the UK. We stand together, we build alliances with our friends and neighbours across the UK, we defeat the Conservative Government, we demand better and, eventually, the whole of the UK re-joins.

Please fight with us: https://www.libdems.org.uk/joining-us-local