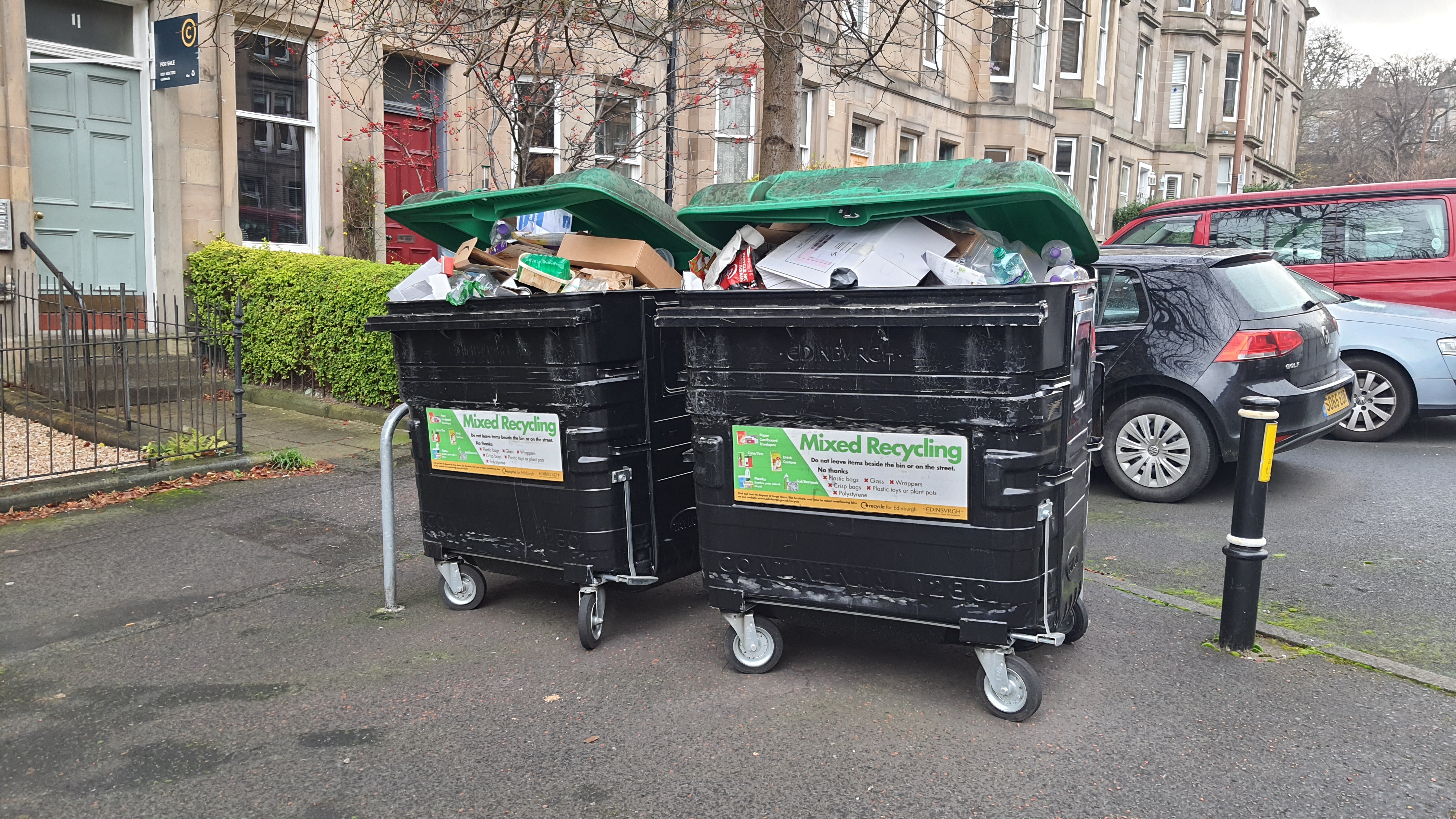 Excuses for the declining rates of recycling in Edinburgh have been blasted as ‘pitiful’ by the Liberal Democrats, after the SNP Council Leader blamed the fall on COVID.

As part of their 2017 coalition agreement, SNP and Labour councillors running Edinburgh Council promised to increase recycling rates from 40% to 60%. However, latest figures show recycling rates now sit at just 39.6%.

Liberal Democrat environment spokesperson, Cllr Kevin Lang challenged the Council Leader during today’s meeting of Council to explain the poor performance. In response, the Leader said the ‘simple answer’ was COVID. However, the report show recycling rates had been falling even before the COVID pandemic.

Council officers have formally admitted the 60% will not be met.

“It is pitiful for the Council Leader to blame Edinburgh’s terrible recycling rates on COVID. The official figures show that SNP and Labour councillors presided over falling recycling rates, even before the virus took hold.

“It is little wonder the situation across the city is so bad given the damaging policies implemented by the SNP and Labour coalition, which have made it ever more difficult for people to do the right thing and recycle their waste. Recycling centre opening times have been cut. A new and unpopular tax was introduced for garden waste collections. Residents are being left to wait weeks for new or replacement recycling bins. Officers are even looking at removing some recycling sites altogether.

“It’s a woeful performance for a Council administration serving one of the most progressive and environmentally conscious cities in the world”.

Commitment 25 of the SNP / Labour coalition agreement was to increase recycling from 40% to 60%. A “Council coalition commitments” report before today’s Council provided an update and confirmed the rates of recycling over the last four years.